Why Now is a Great Time for Change 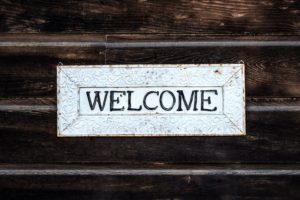 Welcome to 2021. As a coach, my work and my life is continually evolving. Over a decade ago, I was coaching cancer survivors and caregivers. But as I looked for ways to expand the integration of coaching into healthcare to improve the patient experience, I shifted to working with healthcare professionals and pharmaceutical organizations.

My training and coaching programs now help organizations improve patient adherence by approaching prescribed treatments and healthy lifestyle choices as a behavior change. In 2021, while the concepts, behavior change insights, and strategies I will cover in this blog are resources for leaders in pharma and healthcare, in most cases, the posts can benefit anyone. We are, in the end, all human beings facing a challenging time and, often averse to change. Yet, we are living through a chaotic time where so much is changing every day. Let’s begin by looking at why…

Several years before I finally discovered my passion for filmmaking and communications, I spent a year in university as a dance major. Remember those required courses no one wants to take? That was the History of Dance for me. As I walked in and took a seat on the first day, I was dreading it. Sitting still isn’t always a strength of people who love to move their bodies. I wasn’t alone in preferring to be slipping on my dance shoes instead of pulling out a notebook and a pen. As I looked around the room, I noticed several of my classmates squirming in their seats.

Finally, the instructor, entered the room. He was tall and gangly with an awkward gait that made him seem, to a judgmental college age student, an unlikely candidate to be teaching about dance and the history of movement. But what did I know?

In the end, of all the courses I took in the university setting, this one would turn out to be one of the ones that had the greatest impact on me.

An Introduction to Paradigms

The first lecture began with a discussion about paradigms – how they get created, how they fill up over time, and how, eventually, they become ineffective opening the door for an innovator to show up with a new one. Our instructor was a storyteller who wove together facts and images and concepts to build the portal to other time periods long before we were part of the world.

Now, you may be wondering where I’m going with this. Bear with me just a little bit longer. There is value in practicing patience and staying present in the moment instead of rushing through to get to an end point. It is important to learn to slow down, listen, and reflect. We’ll tackle that in a future episode – how to slow down in order to speed up. So, back to our instructor and paradigms.

He took us back to the time around the Crimean War when, to all of our great fortunes, Florence

Nightingale took the less traveled path. She turned her back on her life of affluence, became a nurse against her parents’ wishes, and reported for duty to care for the injured and ill soldiers of the war. Nightingale wasn’t just a nurse. She was a scientist, an observer, and someone who continually used challenges as inspiration for creating innovative solutions.

One of her observations led to a protocol we are reminded of daily these days – the importance of hand washing. When she introduced hand washing between patients after comparing a ward where patients were dying of infections with another where they were not and discovered the difference was a little soap and water.

As this paradigm shift of hand washing and other disinfecting protocols was implemented, death rates fell. But, over time, a paradigm fills up. There is only so much good hand washing can do. This led others to experiment and, eventually, antibiotics were introduced as a new paradigm in healthcare. And, over time, just as it did with hand washing, the use of antibiotics have started to become less effective in some cases. As paradigms become overused or circumstances change, the opportunity to innovate presents itself.

How does this help you now?

The circumstances of 2020 made many paradigms obsolete – some for the time being until a vaccine is found and others forever. For those of us working in healthcare, our ability to connect with and educate patients in person shut down overnight. Same with sales models…and the paradigm of shifting to zoom calls filled up fast as screen fatigue grows.

Of course, you’re not going to abandon what’s worked for you in the past. For example, in some states or some healthcare providers may be opening up here and there doing business as usual. So…do business as usual if it is getting you the results you want. But for the situations where this isn’t the case, it’s time for a new approach.

What Are Your Steps for Innovating?

Creating a new approach requires innovation. To innovate is to make changes in something that already exists by introducing new methods, ideas, products, or services. What strategies have you used in the past to construct new ways of doing things? When a process no longer works, what steps do you take to turn it from a problem into an opportunity?

The first month of a new year is a great time to stop and assess how you can approach work and life differently going forward. Instead of diving into your to do list, take time to ask yourself what changes you need to make to improve your outcomes in the next 12 months.