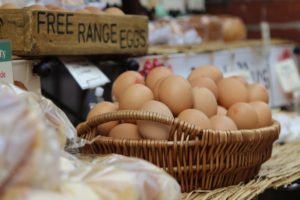 When Gary was diagnosed there were a lot of uncertainties. Perhaps the only sure thing was that the outcome would be either he would recover or he would die…not that we ever spoke this directly. It was the proverbial elephant in the room…the thing we dare not address. Instead, we did our best to put most of our eggs in the basket of recovery. You have to hope…no matter what. Hope gave us courage and possibility.

There is, however, a danger in making that kind of investment. When he died, I felt I was left with nothing. The only thing in my basket was a long list of what had been lost and the most intense pain I’d ever known. I went from wife to widow, from married to single, from together to alone. I did not want to recover…for a long time.

It was only after selling our home two years after Gary died and hitting the road to move home to Canada for awhile that a sliver of light cracked the darkness. As I crossed the state line from California into Nevada with many miles to go on my journey, a possibility came to me. “What if…what if there were things I would do and become because I had lost Gary?”

It was the first time I felt that not only would I survive, but that somehow I might discover I was more than who I ever thought I could be on my own. It was the first major step in my grief recovery. I had hope again…no matter what.