Life Beyond the Frame of Loss 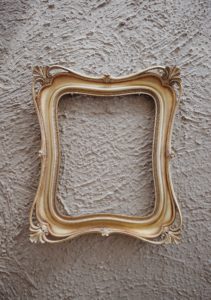 Pictures rarely tell the whole story. Beyond the edge of a smile, just past the touch of an arm around another’s waist lurks the dark shadow of grief waiting to bleed into the happiness. For me, photographs are a reminder of what has been lost. A mother, a best friend, beloved grandparents, friends of friends, four horses that carried me to championship wins, one foal that did not survive past the gawky, bent legged stage, two guinea pigs, three dogs including my most precious Roxy and my husband.

The visual history of me contains all of the would haves, should haves, could haves. So I will not dig into the past. I will not reach into the recesses of the storage space. I will not search down into the boxes of family photos and times past. I cannot. These days, I live in the moment as much as I can. I connect to those in my world in present time. There are fewer regrets and a smaller number of missed opportunities this way.

My mother’s death when I was seventeen taught me of the precarious nature of life. I learned it could be snatched from us, seemingly without reason. The hours she spent preserving memories of our childhood in family photo albums did not buffer me from the pain of scouring those same pages years later for a final note, a certain look or smile, evidence that in spite of her addiction to drugs she had loved me. Pictures don’t always reveal what we seek.

Twenty years later, I searched the pages of my wedding album looking for some clue of the illness that would later steal my husband away. I checked each close-up just above the place where the crisp white collar met the blackness of his tuxedo on the right side of his neck. There were no lumps of Hodgkin’s Lymphoma in these photos. In my memory, I run my hand over his skin just above the hollow of his collarbone. It had been my hiding place on bad days. I would nuzzle into that spot and find safety and love. There was no red scar that would later mark the origin of his diagnosis in the sepia toned portraits shot on our wedding day.

It is not in photographs but in my memory that my mother’s love and my husband’s touch, live most vividly and gently. There my heart is not hurt by what might have been. There I find peace, stave off loneliness and honor those lost to me.

After Gary’s death, I looked at the photo on his last driver’s license without the filter of denial and wondered how I could not have known what the outcome of his illness would be. Dark hollows like half moons gathered under his eyes. Missing eyebrows, bald head, sunken cheeks. Most telling were the eyes. The light and the fire were gone. Sometimes pictures tell the whole story.